Why is Elizabeth Hasselbeck a complete IDIOT?!?!! 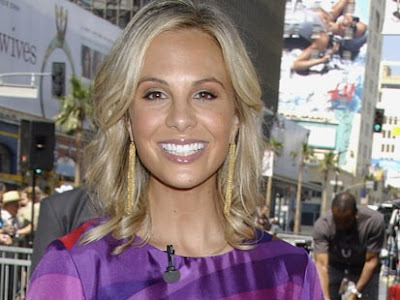 Hasselbeck is probably one of the DUMBEST people on television. She's up there with Paris Hilton and Britney Spears..
When she continually fills our airways with her neocon agenda, she fuels ignorance in the US. I shutter to think that there are people in the US that listen to her and think, "WOW, this is a smart girl!!" WHAT?? And if you actually listen to what she says, it makes NO SENSE! She apparently follows the same logic that Pres. Bush has been using in his arguments for:
A. The Iraq War
B. The Iran Issue
C. The Katrina Blunder
D. The Dying Economy
E. Military Torture
F. The Guantanamo Concentration Camp
What is funny is that she is using her dumb-blonde shtick to try to justify her views.. So sad.. So sad. Sometimes I feel like just shaking the hell out of this woman. She tried to liken the comments made my Rev. Wright with Jeffery Dahmer eating "peanut butter and jelly sandwiches"....HUH??? WHAT??
Here is the youtube video what Rev. Wright said. In my opinion....he is SPOT ON!!!!!!!! Why is it that America is AFRAID to hear the truth? Is Rev. Wright, sighting all the transgressions of our government, lying? Did those things never happen? Does violence not beget violence?? Unfortunately Obama has to distance himself from these comments. Which he needs to do to save his political life. I am in no way supporting racist/derogatory comments by anyone, what I am supporting is the truth, and whomever speaks it.
http://www.youtube.com/watch?v=QOdlnzkeoyQ

After almost 2 years, DJ Oz will NOT be djing at Fly Lounge on Thrusday nights. I will still be there on Saturday nights, but NO MORE THURSDAYS.....

Will keep you all posted on the new DJ Oz Thursday Night! HOLLA!

After a short hiatius, I'm back at Inde Bleu tonight. Come through!

My friend Joe Pham is participating in this years American Cancer Society's Relay for Life. I urge everyone to support him by making a donation. I've donated $100 in memory of my best friends mother, Antoinette Caternor. I am challenging everyone to match my donation.

On another note, I am back from Fly Aspen!! We had a BALL!! In addition to djing at Fly, I was also spinning at Veuve Clicquot events at the bottom of Aspen Mountain. Had to be seen to be believed! Anyway, I will be back at Fly DC on Thursday and Saturday and back at Inde Bleu on Friday. Hope to see you all out there!!

FYI Peoples - Tonight the party is at Fly.. come thru.. bring a friend. 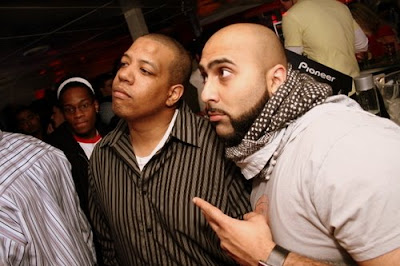 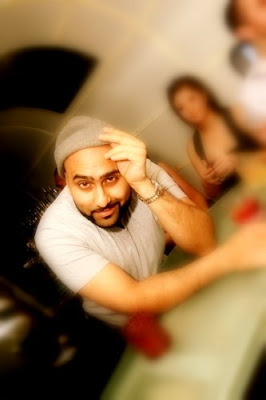 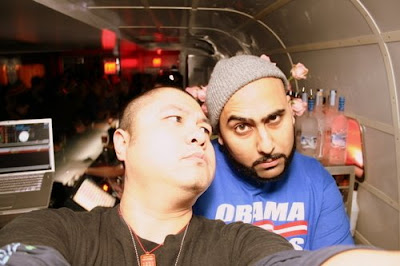 Dj Oz and Mr. Welby (thanks for the Pics!) GO OBAMA! 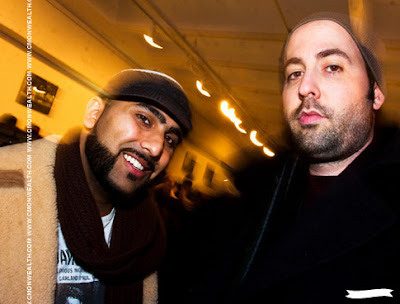 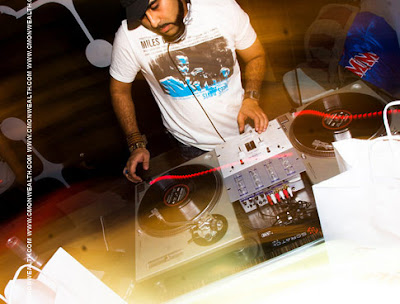 You know I had to Hop on the Wheels for a second! 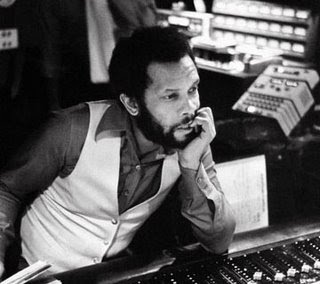 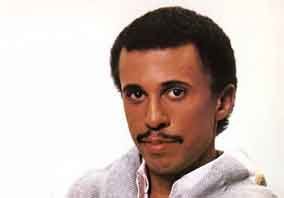 This past Sunday I had the EXTREME privileged to watch two Jazz legends perform. Roy Ayers was playing at Blues Alley in Georgetown and he TORE THE HOUSE DOWN!!! Although he only played 5 to 6 songs, he hit all the classics. Started with Searching, one of my all time favorites!!!
Then he started calling out for "Tom". Everyone in the crowd looked around at who he was talking about. Roy said;

"Tom", "Tom", "Where are you?" peering into the back of the club towards the bar....
"You know, Tom!" asking the crowd, "Funkin' for Jamaica, Tom!" "Tom Browne"
WHAT!!!?!?!?! I almost S#IT a Brick! Tom "EFFING" Browne!!!! Funkin' for Jamaica is a STAPLE in my crate! NOTHING gets the party going like Funkin' for Jamaica, and here I am, about to see it performed live by Tom Browne AND Roy Ayers!!
The whole crowd was electrified, knowing that what they were witnessing was truly memorable. After Searching and Funkin' For Jamaica, Tom Browne stayed on for the rest of the evening as Roy Ayers took us through Everybody Loves the Sunshine and We live in Brooklyn, Baby!. For a lover of music, it just didn't get any better than this. The combination of Roy, Tom and the rest of the supporting cast exemplified what it means to be a Jazz musician and the utter skill it takes to be an improvisational musician.
In 1942 Dizzy Gillespie wrote one of the most recognizable and played jazz standards, A Night in Tunisia. And on Sunday, we were privy to hear Roy Ayers' version of the classic standard. I'm not sure what device he attached to his xylophone, but it gave it this funky sound, like Stevie Wonder's synthesizer in the beginning of Higher Ground. His version gave each member of the ensemble their 5 min solo, and the standout performance was undoubtedly the drummer. This young man from Baltimore stunned the crowd with his speed, skill and ingenuity!
One thing that always bothers me is, why do Jazz musicians wear ill fitting tacky blazers with black mock neck t-shirt and thin gold chains? Not to mention, the backwards black Kangol hat? WTF? Is that the jazz musician uniform? Does it somehow proclaim, I may be playing Jazz, but I'm still hip cuz I wear my Kangol backwards? I guess that's why Sam Jackson wears his backwards, but someone needs to tell him. He's already cool. He doesn't need it. Anyway, I digress...
After leaving the club, I felt relieved. Relieved that I was able to witness not only one, but two jazz greats at least once in my life. The same feeling I felt after I seeing Gil Scott heron and George Duke.